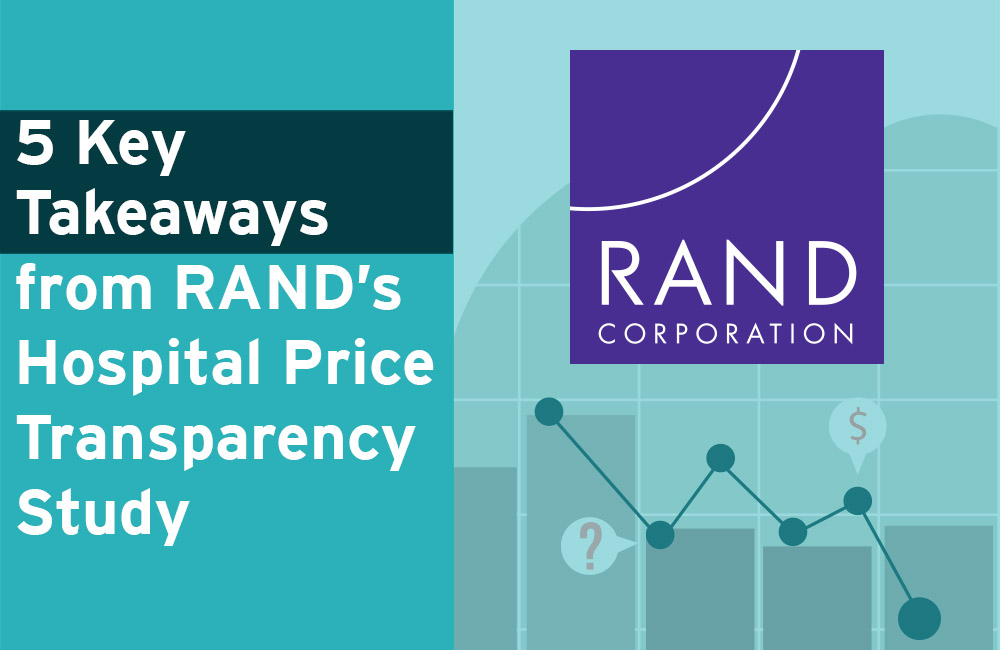 The importance of hospital price transparency has come to the forefront for payers once again. Employer-sponsored health plans cover roughly half of all Americans, account for $480 billion in hospital costs, and their cost has outpaced wages and inflation for more than a decade.

As we’ve discussed, employers have a fiduciary responsibility to monitor health care spending to ensure their health care dollars are being used wisely. But how can self-funded plans fulfill fiduciary obligations without knowing prices?

We hosted Chris Whaley, the lead policy researcher for RAND Corporation’s Hospital Price Transparency Study, at our Spring Symposium. At the event, he discussed the results of “RAND 4.0” to give employers the information they need to control health care prices and better serve their employees as responsible fiduciaries.

The prices listed are measured relative to a Medicare benchmark or a price per case-mix weight (standardized price).

Here’s What Employers Learned from the Hospital Price Transparency Study:

1) There’s a Wide Variation in Hospital Prices Across States

The relative price for inpatient and outpatient procedures varies widely between states, with Illinois paying 253% of Medicare and Wisconsin paying 307% – the 4th highest of all states.

There’s also a significant variation for different payers at the same hospital for the same service. For example, RAND analyzed hip replacements at one hospital and found commercially paid prices jumped from below $15,000 (the Medicare price) to over $85,000.

It makes sense that better hospital price transparency produces more competition and improved consumerism because it enables patients to “shop.”

Wisconsin has an APCD in the Wisconsin Health Information Organization (WHIO). Despite analyzing claims data from nearly 5 million citizens, WHIO’s effectiveness is limited for two reasons:

ASC prices adjusted for Medicare are consistently 40 to 50 percentage points lower than what hospitals charge commercial payers for the same services; among the top five most common procedures nationally, employers pay roughly 210% of Medicare at ASCs and 260% for those same procedures at hospitals.

But there’s also a wide variation of relative prices between ASCs at the state level. Many are priced at 100-200% of Medicare, however, Wisconsin ranks 4th highest at nearly 300% of Medicare.

Medicare, Medicaid, charity care, and uninsured patients – what hospitals sometimes refer to as “uncompensated care” – do not explain hospital prices based on RAND Corporation’s research. That being said, there is a correlation between hospital market share and hospital prices; hospitals with more market share charge higher prices.

That’s why when it comes to hospital price transparency, just a 10% reduction in hospital market share could purportedly lower prices by $25 billion annually.

The Alliance is pleased to have the opportunity to work with great brokers, consultants, and advisors to use that transparency of information to shape self-funded employers’ benefit plan design and change health care together.

We don’t know what the “right” price is for health care, but we believe that comparing prices to Medicare rates – which automatically adjusts for cost of living and wage differences – provides a great starting point for fairer prices. (And that’s why more than 90% of our contracts use Reference-Based Contracting by The Alliance®.)

To learn more about self insured health plans, check out our Smarter Self-Funded Health Plans page.

Final Federal Transparency Rules That Plan Sponsors, As Fiduciaries, Need to Be Aware of

SVP, Business Development and Strategic Marketing at The Alliance

Melina Kambitsi Ph.D. joined The Alliance in 2017 and leads the teams responsible for business development, client development, and strategic marketing. Dr. Kambitsi came from Network Health in Milwaukee and Menasha, Wis. where she was chief sales and strategy officer. In this role, she was responsible for sales and underwriting, strategic planning, product development and risk-based contract analytics. Earlier she was senior vice president of sales at Blue Cross Blue Shield in Honolulu, Hawaii and the vice president of sales, marketing, and product development at Blue Cross of Northeastern Pennsylvania. Dr. Kambitsi currently serves on National CooperativeRx’s Board of Directors.

Dr. Kambitsi received her bachelor’s in international studies and her master’s and doctorate degrees in economic geography at The Ohio State University. She speaks Greek fluently as well as four other languages (Spanish, French, Romanian and Russian).