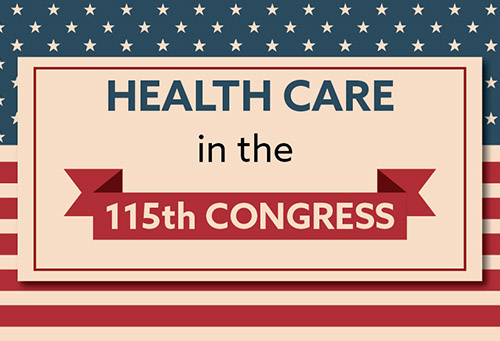 The debate on the best way to repeal and replace the Affordable Care Act (ACA) is likely to continue to evolve in the hours, days and weeks ahead.

While that debate is underway, employers should speak up to ask federal lawmakers to protect the tax exclusion for employer-sponsored health benefits, according to Katy Spangler, senior vice president, health policy, for the American Benefits Council, Washington, D.C.

The Alliance is a member of the Council on behalf of employers who are members of the cooperative. Spangler tailored her presentation on Health Care in the 115th Congress to their interests.

For those who think repealing and replacing Obamacare should be simple when Republicans have a majority in the House and the Senate, Spangler noted there is a difference between “being in the majority and controlling the agenda.”

The biggest roadblock to a Republican agenda is the slim margin of their Senate majority. In the Senate, 60 votes are required to overcome a Democratic filibuster that could delay or block legislation. The Republicans have 52 votes.

Spangler said it appeared likely that in the near future, Republicans could use three separate budget reconciliation bills to:

In early conversations, timeframes for the “repeal” legislation stretched as long as two to three years into the future. But recently, Republican senators, President-Elect Trump and others raised concerns about the impact of repealing the ACA without having a replacement ready. That could have a significant impact on the process and the timeline.

Spangler’s slides from the presentation offer a review of the current legislative options under consideration, possible timelines and the impact on employers.

In a political landscape that is evolving daily, where should employers focus their efforts? Spangler noted that the biggest issue is the potential taxation of employer-sponsored health benefits.

Spangler said all the Republican proposals that are likely to have a significant role in shaping repeal-and-replace legislation seek to collect more taxes by modifying the tax exclusion on employer-sponsored health benefits in some way.

Spangler urged employers to contact Speaker of the House Paul Ryan, a Republican from Janesville, Wis., to urge him to repeal the 40 percent “Cadillac tax” on health benefits and not replace it with a cap on the employee health benefits tax exclusion.

Employers were also encouraged to contact members of the Senate Finance Committee. She noted that this committee is currently looking for employers’ feedback. Spangler said the committee has previously sought out employers’ insights and innovations, which led to Alliance President and CEO Cheryl DeMars’ 2014 testimony before the committee on the QualityPath program.

Changes to the tax treatment of employer-sponsored health benefits could be included in any of the three budget reconciliation bills expected this Congress: repeal, comprehensive tax reform or replacement. Current laws allow employers to exclude the cost of employer-provided health insurance from taxable income.

Options under consideration include:

Spangler offered a list of priorities that employers can monitor and influence by contacting federal lawmakers.

Spangler added that one element of a repeal-and-delay-replacement strategy that worries the Council on employers’ behalf is where the money will come to pay for strategies that “replace” the ACA. The Council hopes that large pieces of the repeal and replace discussion will occur in the same timeframe.

“It’s the best idea to do any new subsidy now so employers aren’t on the hook later to pay for whatever they come up with,” Spangler said.