Teri Van Tassel joined The Alliance in 2006 and served as vice president, marketing and product innovation until 2018. Her responsibilities included market research, health policy, product development, product management, marketing communications and the public and media relations functions for the organization. Prior to joining The Alliance, Teri served as vice president/marketing for the Credit Union Executives Society.

In addition to her work at The Alliance, Teri serves on the leadership team for a Collaboration Development grant awarded to Mental Health America of Wisconsin, as an advisory council member for the Wisconsin Initiative to Promote Healthy Lifestyles (WIPHL), serves on the Wisconsin Coalition for OpenNotes committee, a product development committee member for the National Alliance of Health Care Purchaser Coalitions and is also a member of the American Marketing Association. Teri received her bachelor’s degree in communication arts from the University of Wisconsin-Stevens Point. 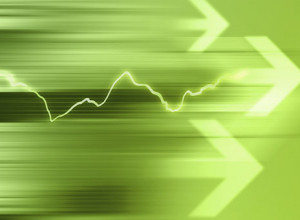 The ERISA Industry Committee (ERIC) just released an informative presentation outlining what laws congress and states will change in 2017.

The Cadillac Tax Recent Changes Are a Win for Employers...So What's Next?

One of the last pieces of the Affordable Care Act (ACA) to be implemented, and perhaps one of the most controversial, is the 40 percent excise tax on high-cost health plans, often referred to as the “Cadillac Tax”.

Two proposals have been introduced recently that would make changes to the current workers' compensation program in Wisconsin.