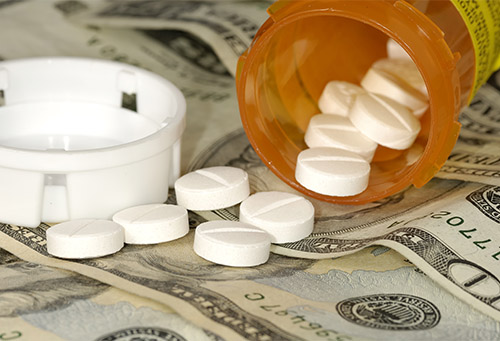 On Friday, May 11, President Trump delivered a highly anticipated speech to outline his plan to reduce drug prices and the cost of health care in America. The President had previously signaled his intent to address high drug prices, including campaigning on the issue before taking office.

In the days preceding the President’s speech, pharmaceutical companies witnessed volatility in their stock prices due to future uncertainty of their industry.

The President delivered a speech that was high on platitudes, promising to “launch the most sweeping action in history to lower the price of prescription drugs for the American people.”

The planned reforms are discussed in the White House blueprint on drug pricing, entitled American Patients First. Of the changes proposed, most will directly affect Medicare patients, but there is some opportunity for the private market to benefit as well.

Below is an outline of some of the plan’s components that could affect private drug prices.

Increasing Generic Drug and Over the Counter Availability

The President has directed the FDA to improve the availability of generic drugs, including changing the regulatory process so that drug manufacturers can no longer “game” the system to keep competitors from entering the market indefinitely. The President has also asked the FDA to issue new policies “to improve the availability, competitiveness, and adoption of biosimilars as affordable alternatives to branded biologics.”

The FDA has been directed to streamline the process for approving over-the-counter drugs.

The President has called for an end to the “pharmacy gag clause” which prevents pharmacists from telling Medicare patients when they could pay less out of pocket by paying cash and not using insurance.

The FDA has been asked to evaluate the inclusion of list prices in direct-to-consumer advertising.

The FDA will work with the Department of Commerce, the US Trade Representative, and the US Intellectual Property Enforcement Coordinator to better understand, and take action, on the disparity between drug prices in the United States and other countries.

CMS has been asked to develop an updated drug pricing dashboard to make Medicare and Medicaid prices more transparent and highlight drugs that have not taken price increases.

HHS has been asked to develop payment models that “hold manufacturers accountable for outcomes, align with CMS’s priorities of value over volume and site-neutral payments, and provide Medicare providers, payers, and states with additional tools to manage spending for high-cost therapies.”

Further Reforms Being Considered by the Administration

Is This Meaningful Reform?

Critics of the Administration’s plan question whether or not this is actually meaningful reform.  In response, administration officials have argued that this plan represents the first step in changing the drug market or, in Secretary Azar’s words, “the possible restructuring of a major sector of the economy.”

The Alliance will continue to watch the Administration’s current and future activity.