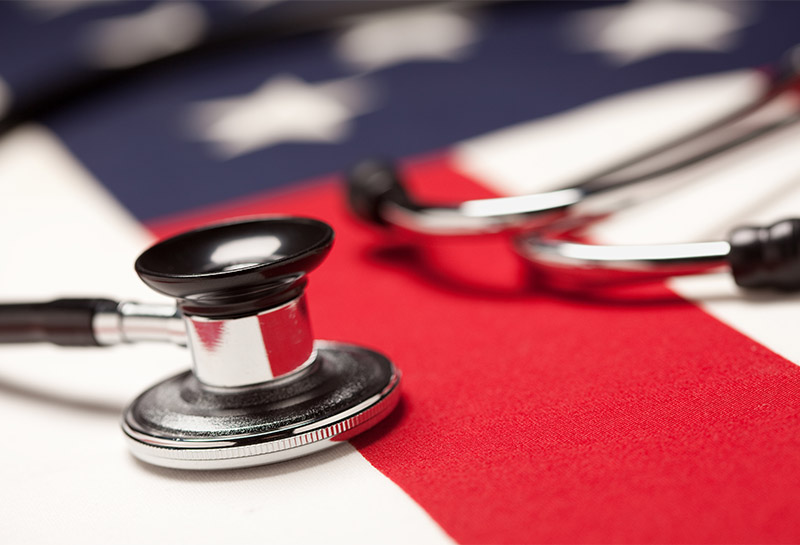 July was a busy month for those keeping up with changes in federal health care policy. Here is an overview of some recent action by the administration and Congress.

Update July 26: Fasten your seatbelts because nothing with the Trump Administration is final.  Just this week CMS found a work around of the court ruling, issuing  an interim rule, the “Ratification and Reissuance of the Methodology for the HHS-operated Permitted Risk Adjustment Program under the Patient Protection and Affordable Care Act”  an interim final rule, meaning it takes effect immediately.  In short, this means that CMS will reinstate the risk adjustment payments that were suspended by the agency earlier this month.

As we’ve seen over the last year and half, the White House has not been shy about meddling in the details of the Affordable Care Act (ACA).

Their most recent, and possibly most significant, change to the program was announced on July 7 when the Centers for Medicare and Medicaid Services (CMS) announced they are temporarily suspending risk adjustment payments, a cornerstone of the Affordable Care Act. The decision to suspend the payments is in response to a February ruling by a New Mexico federal court that the payments are “arbitrary and capricious.” Meanwhile, a Massachusetts federal court recently upheld the payments, providing conflicting federal court opinions on the topic.

The payments, which total $10.4 billion a year, help insurers offset the cost of providing mandatory coverage to high-risk consumers. The payments supplement insurance premiums for high-risk patients. Insurance companies that cover a larger pool of high-risk patients cannot turn a profit under the ACA mandate without the payments. This decision to suspend payments came as a complete surprise to the insurance industry. Insurers have argued that the conflicting court rulings provide justification and cover for the administration to continue making the payments, or at least to do so in every state except for New Mexico.

The Trump Administration also announced on July 10 that they would dramatically reduce grants to support outreach efforts to build awareness of the ACA exchanges and assist health care providers and other non-profit partner agencies in signing consumers up for coverage in the exchanges. In 2017, the administration made nearly $37 million available in enrollment grants. For the 2018 enrollment period, the administration has reduced these grants to $10 million. This decision will have the effect of reducing visibility and awareness of the exchanges and may have the effect of reducing overall enrollment in the exchanges.

The Alliance follows developments with the ACA individual insurance exchanges because instability in the exchanges can lead to more uncompensated care for health care providers, which in turn can have a spillover effect for employer sponsored health insurance.

On July 13, CMS announced proposed changes to the Physician Fee Schedule and Medicare Part B payment policies. As stated by CMS when announcing the proposed rule, “This major proposed rule addresses changes to the Medicare physician fee schedule (PFS) and other Medicare Part B payment policies to ensure that our payment systems are updated to reflect changes in medical practice and the relative value of services, as well as changes in the statute.”  They continue, “The proposed changes to the Physician Fee Schedule would reinforce CMS’ Patients Over Paperwork initiative focused on reducing administrative burden while improving care coordination, health outcomes, and patients’ ability to make decisions about their own care.”

CMS is taking public comment on this proposed rule until Sept. 10 and final rules will be published in late fall.

The House Committee on Ways and Means has advanced 11 bills designed to give consumers greater control over their health care dollars, eight of which expand the use of Health Savings Accounts.

Federal Health Care Policy Bills advanced for consideration by the full House include the following reforms:

These bills are still far from becoming law. Each needs to be passed by the full House and then considered in the Senate. Or, any combination of these reforms could be amended into larger bills. Either way, for any of these bills to become law, they must make it through the full House and Senate, and be signed by the President before the end of the year as the new Congress takes office in January.