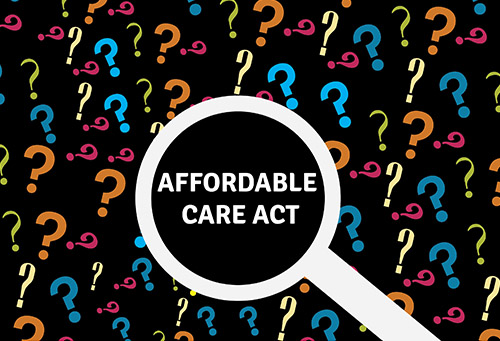 Under the ACA, several new rules about benefits plan structure and coverage went into effect in 2014 and 2015. What changes to their health plan offerings should employers review to ensure compliance?

Barlament: The year 2014 saw a large number of changes for employer health plans, including prohibitions on annual or lifetime dollar limits and restrictions on long waiting periods. In 2015 most employers focused on determining who is a “full-time” employee, tracking that status and tracking offers of coverage.

We are almost through the first year of ACA reporting. What are the compliance requirements that employers may be at risk of violating this year?

Barlament: Employers need to be careful in a few areas. First, they need to identify which forms, exactly, apply to them. This is not always easy to know. For example, small employers were not subject to the Employer Shared Responsibility rule last year – but still have to report on how they followed (or did not follow) the rule. Next, they should be aware of all the exceptions which can apply. For example, there are special rules if an employer uses a staffing firm or if it contributes to a multiemployer plan. Once you have identified those special rules, you need to properly code them into the forms.

What processes should employers have in place to avoid penalties?

Barlament: Employers first had to complete the new IRS reporting forms in 2016. The forms relied on data for 2015 (or even 2014). In this first year there is a “good faith” standard which applies. So as long as you are acting with reasonable diligence you should not be subject to a penalty. But that does not mean you are off the hook. For example, employers are starting to receive IRS notices stating that there are errors in their submissions. A recent IRS webinar confirmed that, in order to rely on the “good faith” penalty exception, an employer must try to fix those errors. So employers need to be diligent and work hard to avoid penalties.

What is the process for Exchange Notices and how should employers plan to respond?

Barlament: Exchange Notices have just been sent out by the federally-run exchanges. Some state notices were sent out previously. For the federal notice, the Centers for Medicare and Medicaid Services (CMS) generally will send out a notice after an exchange enrollee identifies that they are an employee of an employer. The employee apparently can be part-time and still trigger the notice. Also, the employer can be “small” (less than 50 employees) and still receive the notice. Just receiving the notice does not necessarily mean an employer will face an Internal Revenue Service (IRS) penalty under the Employer Shared Responsibility rule. But it is a prerequisite to such a penalty, so it does start you down the “path” to a possible penalty. Many employers will take steps to appeal the notice and try to deny the employee the exchange subsidy. While that is arguably unfortunate for the employee, it protects the employer.

How will the IRS identify discrepancies and what if an employer is assessed wrongly?

Barlament: It does not appear that the IRS has yet started penalizing employers under the Employer Shared Responsibility rule. But that could happen soon. The key for employers in fighting any assessment is being able to demonstrate that the employer offered “affordable”, “minimum value”, “minimum essential coverage” to at least 95 percent (70 percent for 2015) of its “full-time” employees and their children. Each of those terms is defined by the IRS. So an employer should make sure – before it is assessed by the IRS – that it knows that its health plan meets all those requirements. If it does, any significant assessment by the IRS will be, hopefully, easy to dispute.

In May, the Equal Employment Opportunity Commission (EEOC) issued important new standards governing wellness programs. How do these new rules apply to employee health programs, and do they apply the same to both group health plans and stand-alone wellness programs?

Do these new rules help to clarify discrepancies among competing federal laws governing wellness programs subject to the Americans with Disabilities Act (ADA), the ACA and the Genetic Information Nondiscrimination Act (GINA)?

Barlament: Somewhat. For example, the new ADA regulations are “good” because they provide more certainty about how an employer can structure a wellness plan to comply with the ADA. That basic question had been unclear for over 20 years. So that is a very important clarification. But in other situations the clarity is not welcome by employers. For example, the maximum wellness discount is now generally capped at 30 percent of the cost of employee-only coverage, rather than the 50 percent that employers could previously use.

To what extent now, may employers use incentives to encourage employees to participate in wellness programs that include a medical exam?

Barlament: The new ADA regulations clarify that financial incentives are acceptable, subject to the 30 percent limit they now provide. That is helpful guidance. The new rules also clarify that other incentives may not work. For example, you generally cannot require an employee to complete a health risk assessment (HRA) in order to be eligible for a particular plan. That type of “gateway” design is generally improper – apparently immediately. If an employer had such a gateway design in place already for 2016, it is not clear how they should “correct” the problem now.

To what extent now, may employers offer employees inducements when the employee’s spouse participates?

Barlament: The new GINA regulations clarified that employers can offer financial inducements to a spouse to participate in a wellness plan. Before the new regulations it had been unclear whether this was possible – some argued there was a flat-out prohibition on such data collection. The maximum inducement is, like the ADA rules, capped at 30 percent of the cost of self-only coverage. So, between the two rules, an employer could offer a reward of 60 percent of the cost of self-only coverage (if both the employee and a spouse participated). While helpful, that is likely to be less than the 50 percent of family coverage limit under the Health Insurance Portability and Accountability Act (HIPAA) wellness rules.

Last December, a law passed which would delay the effective date of the 40 percent excise tax on high-premium health plans until 2020. What were the goals of the excise tax when originally put into law?

Barlament: There were two primary goals. First, to raise revenue for the federal government (and help make the ACA look like it did not cost too much money). Second, to “bend the cost curve” by providing an incentive for employers and employees to seek out cost-efficient health care.

What is included in calculating and determining an employer’s tax liability?

Barlament: In general, major medical health plan coverage is taken into account. This includes retiree coverage and multiemployer plan coverage. Many “lesser” health plans are subject to the tax, including health flexible spending accounts (FSAs) and health reimbursement arrangements (HRAs). Health savings accounts (HSAs) generally are excluded, as are employee assistance programs. Fully-insured dental and vision policies are excluded and self-funded ones likely will be. However, the IRS has sought comments on what types of coverage can be excluded.

What steps can be taken by employers to avoid the tax?

Barlament: The first step is to work with an actuary or consultant to determine if you are likely to reach the threshold where the tax is imposed. If you will not reach that limit for a number of years, you can probably do nothing for now. If you will reach that limit in 2020 or shortly thereafter, you should consider plan design changes to bring down the overall cost of your plan.

Are there potential changes to modify or repeal the tax that could have other implications for employers?

Barlament: It has not taken center stage in the presidential election yet, but some politicians are in favor of eliminating the Cadillac tax. While that is “good” for employers, the alternative might be worse. Some politicians have proposed capping the tax exclusion available for employer-provided health benefits. Amounts above that limit would be taxable. That probably would be very unpopular with employers and rank-and-file employees. So there would be pressure on Congress to not enact such a limit on the tax exclusion of health plans. But it is worth watching.