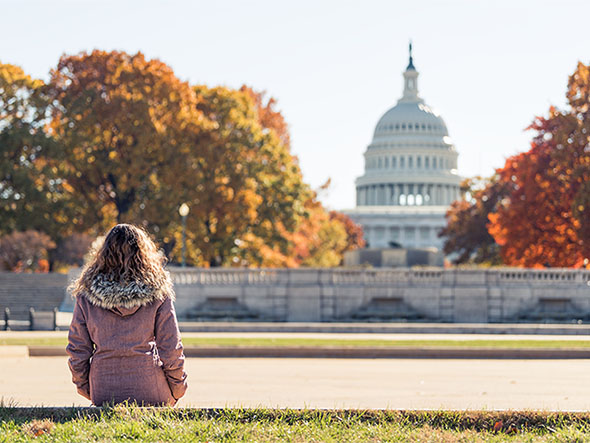 House and Senate members have returned from their summer recess, which started at the beginning of August and ran through Labor Day. Let’s take a look at the major health care policy matters that are on deck for consideration before lawmakers return once again to their districts at the end of the year.

During the August recess, members of Congress were greeted in their districts by ads purchased by physician advocates.  These ads, which arrived in mailboxes, and ran on TV and radio, encouraged the public to contact members of Congress to let them know that surprise medical billing reform hurts doctors and hospitals.  One ad campaign compared benchmark pricing – one of the proposed solutions to surprise billing – to “government rate–setting” and warned that surprise billing reform could cause hospitals to close.  But according to the Kaiser Family Foundation, the majority of the public (57%) still supports such reforms, despite seeing or hearing the ads.

As for reform, there are two approaches.  The first, as noted above, would establish “benchmark pricing,” requiring out–of–network hospitals and physicians treating emergency cases to bill at the average in–network rate since the patient doesn’t have the choice of hospital or caregiver in such circumstances.  This is the approach generally favored by employers and is included in legislation being considered in both the House and Senate.

The second approach is arbitration, meaning that if the provider doesn’t want to agree to the benchmark, they can use a dedicated appeal system to negotiate a different price for the insurance company.  This concept, currently opposed by the administration and by most employer groups, has some popularity in both chambers and is being described as a “backstop” for when benchmark pricing is deemed unacceptable or unworkable by providers.

Before August recess, the House overwhelmingly passed HR 748, including a permanent repeal of the Cadillac Tax, by a vote of 419-6.   The fate of the repeal is now in the Senate, where Majority Leader Mitch McConnell has been quiet on any commitment to bring the vote to the floor.  Since the bill enjoys political support from consumers, employers and labor unions, it is expected to pass should it receive a floor vote.  Repeal of the tax is expected to add $197 billion to the federal deficit over the next decade, however, which makes Congressional leadership very nervous.

Shortly after returning from the recess, House Speaker Nancy Pelosi released details for her long–awaited bill on prescription drug reform.  The proposal would, among other measures, require the federal government to negotiate 250 different brand name drugs offered through Medicare.  Pelosi’s reform is supported by many Democrats and even enjoys the support of President Trump, who has expressed his support for efforts designed to deliver relief to consumers.  But the bill is opposed by progressive Democrats, who argue it doesn’t do enough, and by almost all Republicans, who have described it as “socialist” and “dead on arrival” in the upper chamber.

With prescription drug reform being identified as a “priority” issue by 70% of the electorate, and with the issue likely to continue to be a topic of discussion heading into next year’s presidential election, members of Congress have plenty of motivation to find common ground.  If a bill moves, it likely will be a hybrid of the Pelosi bill and the Senate bipartisan plan that would cap out–of–pocket expenses for certain seniors and limit drug price increases to the cost of inflation.

What’s most likely* to move?

Of these three much–needed health care policy changes, I expect that some sort of surprise medical billing reform has the best prospects of becoming law before the end of the year.  It’s the issue on which there is most agreement, although the aggressive lobbying effort by physician advocate groups over the summer has softened congressional resolve somewhat.  Prescription drug reform is best primed for next year.  There is political pressure for change but lawmakers from each party, and within the two parties, have very different solutions and expectations.  Finally, there is as yet no easy solution the high price tag associated with Cadillac Tax permanent repeal, and its fate in the Senate remains in doubt.

*Update — on September 24, 2019, House Speaker Nancy Pelosi announced that the House would open a formal impeachment inquiry into President Trump.  While the impact of this development on the regular legislative business of the Congress is still unknown, it is reasonable to assume that nothing requiring bipartisan cooperation will move quickly until the two parties decide how to work through this inquiry.

Who Stands For What? Breaking Down the Democratic Presidential Candidates' Health Care Proposals.

What is surprise medical billing? When it Comes to Surprise Bills, Congress Should Side with Consumers.