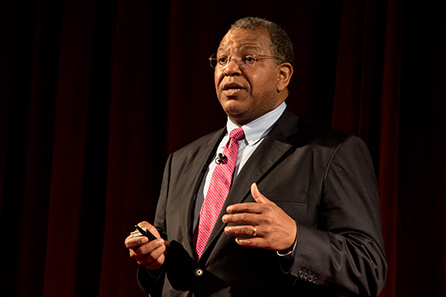 Irrational Health Care: Young or old, rich or poor, we’re all at risk when health care strays from science.
Dr. Otis Webb Brawley, chief medical and scientific officer of the American Cancer Society, shared examples of how health care has gone astray and what can be done to transform it at The Alliance Annual Seminar on May 19, 2015 at the Monona Terrace in Madison.

Brawley argued for “rational health care” that relies on “the orthodox application of science.” The lack of a rational, logical and ethical system of health care leads to:

Everyone with a stake in the health system is at fault for ignoring simple, effective solutions for better health, Brawley said. Brawley’s list of culprits in inefficiency includes doctors and nurses; hospital administrators; drug and device companies; lawyers and politicians; and marketers.

Patients also play a role in ineffective care. Brawley said some patients demand irrational care, asking for a pill or a treatment while refusing to take personal responsibility for their condition. Patients often have unreasonable expectations about health care, Brawley said, like the patients who call him and are shocked to learn that lung cancer is incurable.

Patient advocacy groups contribute to the problem when they advocate for more care or more treatments without weighing their effectiveness.

Brawley provided multiple examples of treatments and practices that have been widely adopted only to be later discredited, such as adjuvant bone marrow transplantation for the treatment of breast cancer.

The treatment was developed in the 1980s when doctors believed more chemotherapy is always better for a breast cancer patient. At high levels, chemotherapy can kill bone marrow, so doctors removed bone marrow to store before giving chemotherapy. At the end of chemotherapy, that bone marrow was restored to the patient.

“These guys started doing it in the 1980s because it sounded good,” Brawley noted, although they lacked scientific proof that it worked. When insurers refused to pay because evidence was lacking, women sued their insurers and 10 state legislatures passed laws requiring payment.

Insurance plans and the National Cancer Institute tried to pursue clinical trials, but had difficulty because women wanted the treatment; few wanted the risk of entering a clinical trial and being among the 50 percent to receive a placebo.

Then in 1999, three separate clinical studies out of Europe, Canada and the U.S. showed bone marrow transplantation for breast cancer patients increased the risk that a woman would die by 5 percent, Brawley said.

Brawley’s book, “How We Do Harm,” offers more examples of clinical treatments pursued without scientific proof that they work. The examples impact patients who are young and old, male and female, insured and uninsured.

Brawley also noted that targeting screening to high-risk populations can save more lives and use our money more effectively. For example, the United States Preventive Services Task Force (USPSTF) recommends that women have a mammogram every other year from ages 50 to 74.

Yet many patient advocacy groups still encourage women in their 40s to have mammograms, even if they do not have a family history of breast cancer that puts them at higher risk.

A similar dynamic exists for colon cancer screening, where people in their 40s are having colonoscopies and then must too often cope with “false positive” results. It only makes sense to screen people in their 40s if there is a better test with fewer false positives, Brawley said. The USPSTF currently recommends screening for colorectal cancer using fecal occult blood testing, sigmoidoscopy or colonoscopy for adults ages 50 to 75.

“The best science ever done on any cancer until 2012 and still on colon cancer for screening, shows that stool blood tests at a cost of about $30 a year saves lives,” Brawley said. 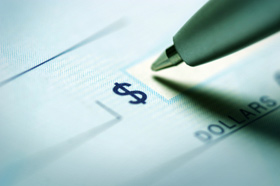 Adoption of treatments and screenings without proof of effectiveness helps contribute to the high cost of the U.S. health care system. Brawley contradicts politicians who sometimes assert that U.S. health care is the best in the world. For example, he noted Wisconsin has worse infant mortality rates than Cuba.

Worse problems could lie ahead. If the U.S. system continues at its present pace, health care would consume 30 percent of GDP in 25 years, which would be unsustainable for the U.S. economy.

“There really is a health care fiscal cliff,” Brawley noted.

“This is a uniquely American problem,” Brawley said. 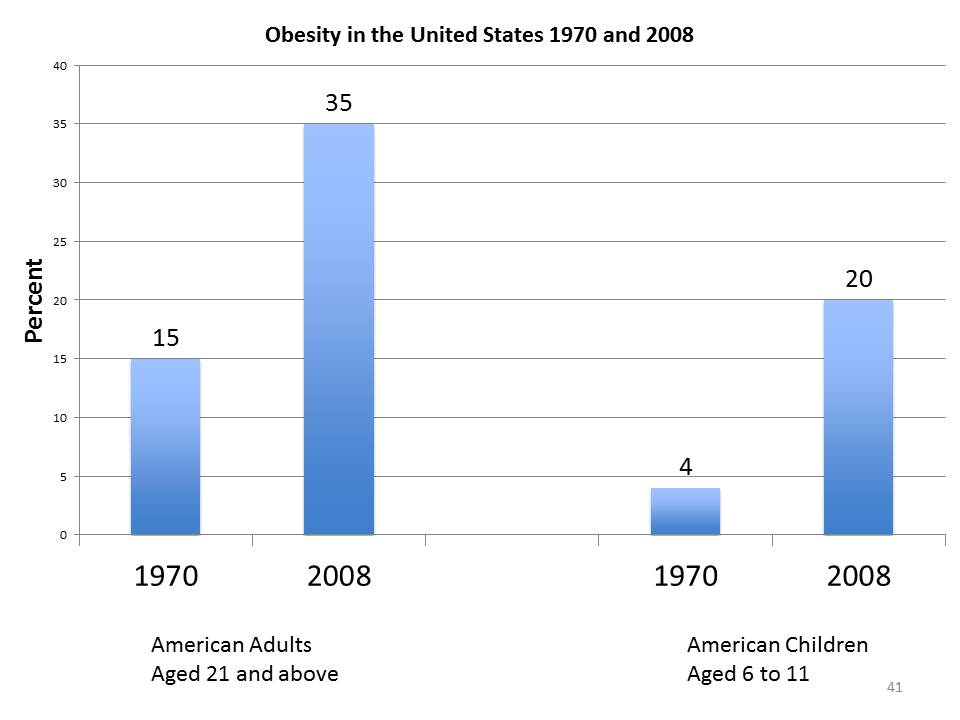 Although Brawley did not point to a single solution for health care’s problems, he indicated that the answer to achieving the rational use of health care lies in shifting our focus from treatment to prevention.

Above all, Brawley said health care solutions should rely on science to prove they work.

“We could improve outcomes and efficiency if we just got scientific.”

The Alliance envisions a future where high-quality affordable health care is reliably delivered to all patients. Read Our Drive Toward High-Value Health Care

The Role for Employers to Move Upstream in Health Care

Watch the PBS series on cancer care, “The Emperor of All Maladies,” which includes video of Brawley in the second episode