Recommendations for covering colorectal cancer screening changed significantly in 2016. What are your options? What issues should you consider?

A Good Starting Point: the USPSTF

This document relies on information provided by the United States Preventive Services Task Force (USPSTF) as part of its recommendation statement on colorectal cancer screening.

The USPSTF is made up of experts in prevention and evidence-based medicine who volunteer their time to serve on the task force. USPSTF recommendations are used nationwide to guide discussions of the value of preventive screening.

A Quick Review of Recommended Methods for Colorectal Cancer Screening

The USPSTF gives its highest “A” rating to screening for all adults ages 50 to 75 at average risk of colorectal disease. Rather than rating a specific type of screening, the USPSTF has indicated that the best form of screening is the one that patients will use. This will help meet USPSTF’s goal, which is “to maximize the total number of persons who are screened because that will have the largest effect on reducing colorectal cancer deaths.”

The USPSTF’s 2016 recommendation applies to a total of five types of colorectal cancer screening, including two that are on the recommended list for the first time: “virtual colonoscopy,” which is also known as computed tomography (CT) colonography, and Cologuard®, which is a fecal DNA test.

The Affordable Care Act (ACA) requires 100 percent coverage of all forms of colorectal cancer screening recommended by the USPSTF. Health benefit plans have one year to alter plan designs to offer A-rated screening methods without a co-payment.

All the methods of colorectal screening included in the USPSTF recommendation have advantages and disadvantages.The USPSTF noted that head-to-head studies are lacking to indicate that one method is more effective than another, although there are “varying levels of evidence” to support each test.

The Alliance developed QualityPath to include colonoscopies in 2018. Patients who use QualityPath providers will have lower out-of-pocket costs (sometimes nothing); use providers who meet national quality measures and adopt practices that lead to better outcomes; and do not have to worry that their out-of-pocket costs will change if a polyp is found. Employers save on the cost of the procedure to the health plan.

As the USPSTF noted, “The best screening test is the one that gets done.” 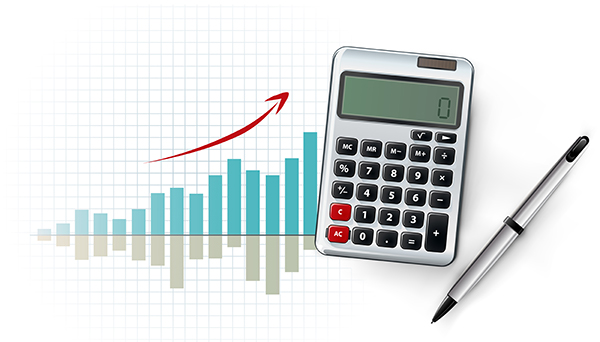 A study in the April 2012 issue of the Archives of Internal Medicine found that people were more likely to be screened for colorectal cancer if their doctor recommended a stool test as a first step, when compared to recommending a colonoscopy. This was reinforced at the 2015 Alliance Annual Seminar by Dr. Otis Webb Brawley, chief medical and scientific officer of the American Cancer Society, who said “The best science ever done on any cancer until 2012 and still on colon cancer for screening, shows that stool blood tests at a cost of about $30 a year saves lives.”

Plans that encourage patients to use stool tests first, before having a colonoscopy, will typically save money. Estimates of cost savings from stool tests should be tempered by the added cost of colonoscopies required to confirm test results indicating the possible presence of cancer. Finally, estimates should also include the cost of potential side effects from invasive forms of screening, such as colonoscopy.

*Screening should require $0 patient out-of-pocket costs but the amount your employer is charged by the hospital will vary based on type of test and location of service. Your employer pays for your health care benefits directly rather than paying for insurance.
+Cost Per Screening encompasses a median of all typical charges rendered the same day as the screening.
!The costs of the individual services for FIT and FOBT tests are typically very small ($15 – $50); however, it is typical this test is done in conjunction with other services done the same day. We show the estimated cost range based on provider billing and service practices for the entire day of service.
#Modeled results of total estimated screening cost full methodology available here.

Colorectal cancer ranks second among cancer deaths for men and women, following only lung cancer. The USPSTF estimates that 134,000 people will be diagnosed with colorectal cancer in 2016, with approximately 49,000 people dying from it. Yet almost one-third of adults have never had any form of screening, according to the Centers for Disease Control and Prevention (CDC).

Employers who seek to raise awareness about colorectal cancer screening and effective screening options can make a difference. Information, ideas and customizable materials are available from the free Love Your Colon program online.

Employers have a significant opportunity to save lives by encouraging appropriate colorectal cancer screening as part of their benefit plan design.