Amid the constant change churning the health care marketplace, employers have the opportunity to use value-based tactics to get more for their health benefits, including pharmaceutical spending that is currently the biggest driver of rising health care costs.

That message was echoed by all four speakers at the Alliance Learning Circle on “Doses and Dollars: Strategies for Specialty Drugs and Medication Adherence,” held March 17,2015 at Monona Terrace in Madison. The event was co-sponsored by Merck and WisconsinRx/National CooperativeRx.

Employers are increasingly using data to develop benefit designs that improve the value of health benefits, according to Randy Vogenberg, Ph.D., a registered pharmacist who is a principal at the Institute for Integrated Healthcare and the co-founder and managing principal for Bentelligence.

Value-based benefit design (VBBD) has prompted employers to focus on chronic conditions, including benefit designs that reduce patients’ share of the cost of medications used to manage these conditions.

Vogenberg listed eight risky behaviors that drive 15 chronic conditions to account for 80 percent of total costs for all chronic illnesses worldwide, as shown in this infographic. That means that employers who want to shift costs must address the
difficult issue of “human behaviors.”

Vogenberg said health benefit leaders who have kids in their immediate or extended families already know about the difficulty involved in changing behavior.

“We’re dealing with lots of ‘kids’ out there in the marketplace that we’re trying to move from unhealthy to healthy behaviors,” Vogenberg noted.

Specialty medications have a biologic basis, rather than the typical chemical basis found in traditional prescription medications.

Researchers have focused their efforts on developing NMEs, with U.S. companies representing 68 percent of total global NME development. Until 2013, about 19 NMEs were introduced annually. In 2013 40 new NMEs came to market, with 36 to 38 NMEs expected to be aunched each year from 2013 to 2018.

“The holy grail is to have a new NME,” Vogenberg said. 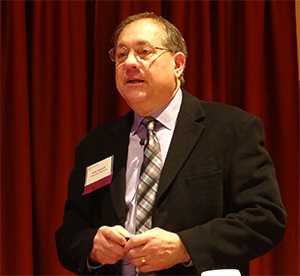 NMEs are costly, averaging $3,500 per prescription. Some are far more expensive. Vogenberg noted that medications for Hepatitis C have been in the news because of their price tag of roughly $84,000, but other specialty medications can cost $100,000 or more. The average annual bill for NMEs to treat a patient with hemophilia runs $1 million.

Many NMEs are aimed at conditions that were previously untreatable. That means they are both a new solution and a new cost driver for health benefits.

Because of their cost and complexity, NMEs are often covered as medical benefits, rather than as part of the pharmacy benefits management plan. That means medical plan strategies should be used to manage specialty medication costs, Vogenberg said.

Change is inevitable as employers struggle to keep pace with an evolving marketplace and the new challenges posed by specialty medications, Vogenberg said. Pharmacy benefits will be unsustainable in their current form as specialty medications are introduced and new gene therapy treatments add to the cost of prescription medications.

More than three of four adults – 77 percent – have at least one chronic condition. That makes their ability or inability to take medication as prescribed a financial concern for employers.

The future holds even bigger medication adherence issues, according to Dr. Jan Berger, the medical director for the Midwest Business Group on Health and founder of Health Intelligence Partners, a health care consultancy.

Today, one of three adults is obese. But in some parts of the United States, such as Louisiana and Mississippi, one of three
children under age 10 is obese. That means that by the time they reach the workforce, they may have already had high blood pressure or diabetes for more than 10 years. 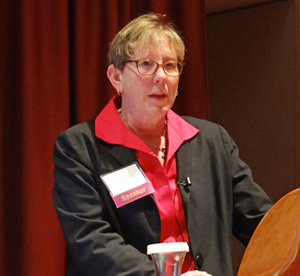 Cost is only one reason that patients stop taking medication, although high-deductible health benefit plans must be designed carefully to avoid increasing cost-sharing in ways that decrease adherence.

Ranking even higher than cost as a reason for non-adherence are patients’ medical concerns, such as adverse medication effects or fear of addiction; and the patient’s perceived need for the medication, including a belief it is unnecessary or won’t help them. Additional reasons sometimes cited by patients include lack of transportation, inconvenience, lack of awareness that a prescription was written and forgetfulness.

For employers, non-adherence is a costly issue. Berger noted that the typical mid-size employer has $10 million in claims
annually. Roughly $1 million of those claims are due to poor medication adherence, a figure that can go much higher for some employers.

Employers cannot rely on doctors and nurses to deal with medication adherence, since they lack the time or training to
address it and rarely have pharmacists on staff. Value-based insurance design (VBID) can help, but cannot solve all the
issues.

Instead, employers should build medication adherence into their culture and their wellness practices. The first step is gathering information from every source available, which can include asking health plan members about practices in a non-judgmental way. Employers can use this data to identify members’ health issues and risks.

Employers are then in a position to create clear goals and develop strategies to achieve them. A vendor summit is a vital step to make sure that all vendors are aligned with the strategy. Medication adherence can also be integrated into wellness programs with tactics such as health education; access to hotlines or coaching; disease management services; and links to community resources.

Berger shared case studies that showed a number of different approaches that have improved medication adherence, including disease management, a pharmacist-run risk reduction program; VBID; a combined VIBD and disease management program; mobile health technology, and a multi-pronged approach that combined nurse follow-up with reduced deductibles and co-pays for patients with chronic conditions.

Berger recommended using numerous strategies to reach employees. At the same time, the employer should continue to engage employees in improving their health in other ways.

The good news is that employers can get help from multiple sources, including vendors and providers, to help patients do a better job of taking medication as prescribed. That makes it easier to use a multi-pronged approach that is likely to have a greater impact.

“Medication adherence is one of those few places where everybody has aligned goals,” Berger said.