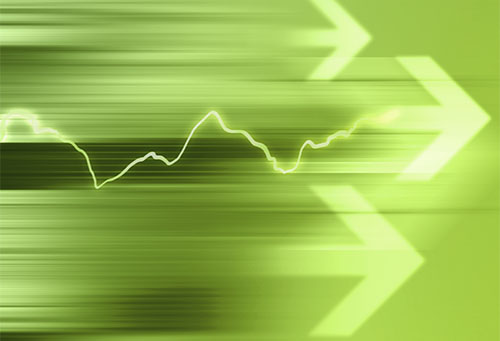 These are questions we learned at a recent half-day Catalyst for Payment Reform (CPR) Summit on the Future Evolution of HDHPs and Consumer Incentives in Benefit Design.

During the summit telecast, Alexander Domaszewicz, principal and senior consultant for Mercer Health and Benefits, shared projections that show a growing role for HDHPs.

“It’s not hard to project that everyone will be on a HDHP by 2050,” Domaszewicz said. It’s worth noting that other speakers at the event suggested employers’ transition to offering only HDHPs could happen even faster.

“The question is, will it be a consumer-directed health plan (CDHP)?”

A CDHP is an HDHP that has been coupled with a health reimbursement account (HRA) or a health savings account (HSA). Mercer’s survey showed that 33 percent of all employees were covered by a CDHP in 2016.

Domaszewicz said using a CDHP is “the number one employer tactic to manage costs.” The HSA is typically offered in a CDHP because it has “a much broader value proposition” for employees, with no tax on either deposits or withdrawals when used for qualified purposes.

He backed that statement with data from Mercer’s annual survey on employer-sponsored health plans, offering a comparison of the average medical plan cost per employee by plan type.

CDHPs save money because employees pay a bigger share of health benefit costs in the form of higher deductibles, co-pays and out-of-pocket maximums. But Domaszewicz said behavior change is also a factor in CDHPs’ cost savings because employees who pay higher out-of-pocket costs are more likely to use consumer tools that help them examine the cost of health care in advance.

” 41% of people are considering getting a second job to pay health care bills. It’s only going to get worse. “

Yet employers must recognize that consumers are already worried about their ability to cover co-pays, co-insurance and deductibles. Fendrick noted that a survey showed 41 percent of people are considering getting a second job to pay health care bills.

“It’s only going to get worse,” Fendrick said.

HDHPs have the biggest impact on two groups: people with multiple chronic conditions and people with lower socioeconomic status. Fendrick said these groups tend to use less care as out-of-pocket costs rise. Designing HDHP plans with VBID in mind will motivate employees to get the clinical care they need.

HDHPs can also impact employee recruitment, according to Dr. Robert Galvin, chief executive officer for Equity Healthcare and an operating partner in Private Equity, Blackstone. He said that in tight labor markets, employers have reported that some job hunters choose an organization with a PPO plan over an organization that only offers a HDHP.

Galvin said employers have learned that they cannot use HDHPs to “magically create shoppers,” but HDHPs can help control costs.

Employers are now paying attention to the challenges of offering health benefits for the lower-income workers, how to set deductibles at the right level and how to send the right signals for consumer decision-making.

When Do Your HDHP savings hit their limit?

News You Can Use: 2018 Amounts for HSAs and HDHPs

Teri Van Tassel joined The Alliance in 2006 and served as vice president, marketing and product innovation until 2018. Her responsibilities include market research, health policy, product development, product management, marketing communications and the public and media relations functions for the organization. Prior to joining The Alliance, Teri served as vice president/marketing for the Credit Union Executives Society.  In addition to her work at The Alliance, Teri serves on the leadership team for a Collaboration Development grant awarded to Mental Health America of Wisconsin, as an advisory council member for the Wisconsin Initiative to Promote Healthy Lifestyles (WIPHL), serves on the Wisconsin Coalition for OpenNotes committee, a product development committee member for the National Alliance of Health Care Purchaser Coalitions and is also a member of the American Marketing Association. Teri received her bachelor’s degree in communication arts from the University of Wisconsin-Stevens Point.