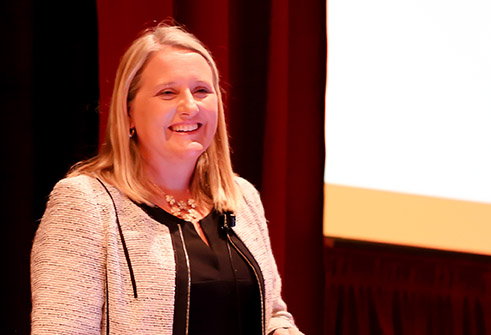 Specialty Drugs, Biosimilars and Your Benefit Plan – A Call to Action for Employers

“I want you [employers] to be the drivers of change,” said Heather Sundar, Pharm.D., senior vice president consulting and employer solutions at Archimedes.

Sundar spoke at The Alliance’s September 2018 Annual Meeting about the risks and opportunities presented by specialty drugs and biosimilars.

Drugs approved for human use by the Food and Drug Administration (FDA) are typically under patent for 20 years by their manufacturer.

Biologic drugs are a classification of complex drugs that are made using living cells. Commonly prescribed biologic drugs include Humira®, Rituxan®, Enbrel®, Herceptin®, Avastin® and Remicade®.

A biosimilar is almost an identical copy of a patented drug that creates similar effects to the patented drug. Creating a biosimilar is difficult, but possible. Biosimilars are approved by the FDA based on data showing no clinically meaningful differences in terms of safety, purity or potency compared to the reference biologic drug.

The first biosimilar in the United States was approved by the FDA in March 2015. Biosimilars are available as alternatives to high-priced, patented biologic drugs.

Sundar offered the following statistics to show the need for and magnitude of biosimilars in the United States.
There are approximately:

The Importance of Biosimilars and the Cost of Specialty Drugs

“Typically 1 to 3 percent of your population is using a specialty drug,” said Sundar.

That might seem like a small percentage at first glance. However, Sundar said the top concern of surveyed employers is often specialty drug costs.

Oftentimes, specialty drugs, such as biologics are used to treat chronic, long-term diseases.

Sundar shared average sales price (ASP) information on three biologic drugs currently on the market. Their prices dropped on average by 40 percent after at least two biosimilars were available.

While the introduction of biosimilars has been shown to lower the cost of their biologic reference drug counterparts, Sundar encouraged employers to incentivize their employee health benefit plans.

Drug prices can also vary greatly depending upon the setting in which they are administered. Sundar pointed out that many biologic infusion drugs may be administered at an outpatient hospital, physician’s office or at home. Take a look at your claims data. It may be an eye-opener in showing opportunities to carve-out and incentivize within your health benefits plan.

Genetic testing of a cancer tumor can often determine which cancer treatment drug might be most beneficial for treatment. However, genetic testing is not always standard practice in every physician’s office.

Incentivizing the use of genetic testing, when appropriate, can offer better outcomes for the patient and lower the chances of paying for expensive, ineffective therapies.

How to Create a Biosimilars Action Plan

“Drug pricing is receiving scrutiny. I want research and innovation. And you need transparency,” said Sundar.

Creating pathways to reduce the price of specialty drugs, such as biologics, will take work.

When employers join together to discuss the pain points of their health benefits plans, they increase the transparency of the cost of their health care. Often it is grassroots efforts such as these that can change an entire system.

Self-funded employers have a voice to discuss and influence health care policies on local, state and national levels through The Alliance.

How will you address the rising costs of specialty drugs within your benefit plan?