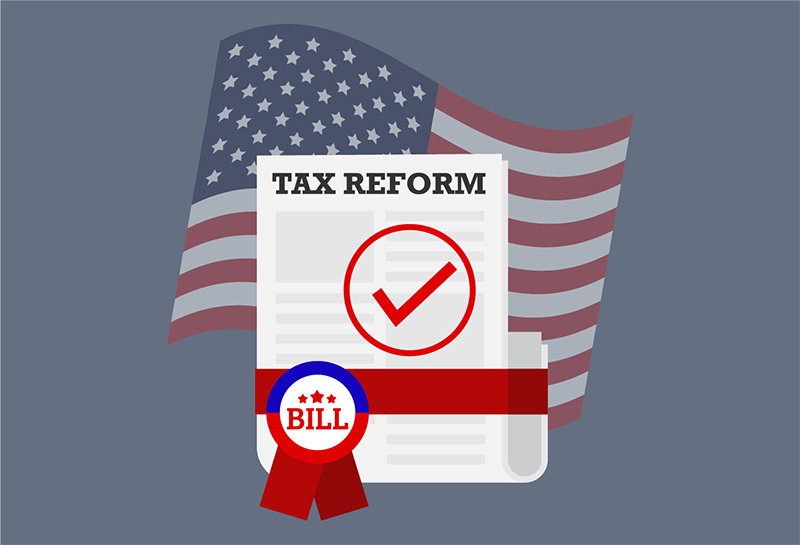 Tax Reform and Health Care – What Employers Need to Know

Tax reform passed both houses of Congress in December and was signed by the President on Dec. 22, 2017. Several weeks after passage, there is some misunderstanding about what is actually in the bill, especially provisions relating to health care. Here is a review of some common misconceptions about the bill and other details affecting how health care is funded or incentivized.

Despite employers’ efforts to lobby Congress for Cadillac Tax repeal, Congressional members ultimately decided they needed to keep the tax in place for now, as repeal of the tax would have contributed to an even larger fiscal note on the bill. The Alliance continues to monitor this issue closely.

A recurring message from those opposed to the recently passed legislation is that the tax cuts will be balanced by cutting health benefits to middle and low-income Americans. That’s because with a $1.5 trillion price tag over 10 years, the Pay As You Go (PAYGO) Act would have required mandatory cuts to non-exempt entitlement programs such as certain Medicare programs, the Public Health Fund, the Federal Hospital Insurance Trust Fund and certain Medicaid exemptions.

House Speaker Paul Ryan has expressed interest in working on entitlement reform in 2018.

In the days following tax reform passage, Congress passed a stopgap funding bill to keep the government funded through mid-January 2018. Included in this package was a PAYGO waiver, which means that tax reform will not trigger such cuts, but instead will add to the deficit.

Republicans are betting on the tax reform bill generating economic growth, offsetting the cost of the tax cuts. And for all of Speaker Ryan’s enthusiasm for changes to Medicare and Medicaid, Senate Majority Leader Mitch McConnell has expressed doubt that substantial changes will be made in 2018.

Many (Including the President) Wrongly Believe the ACA Has Been Repealed

A poll published this week by The Economist reveals that one-third of Americans believe President Trump repealed the Affordable Care Act (ACA). And even the President tweeted “….Based on the fact that the very unfair and unpopular Individual Mandate has been terminated as part of our Tax Cut Bill, which essentially Repeals (over time) ObamaCare.”

Regardless of what happens to the penalty in the future, these ACA elements also remain in effect:

The Congressional Budget Office predicts a minimal impact to the ACA as a result of the mandate repeal, estimating a 10 percent premium increase in the individual market by 2027 and up to 2 million Americans being priced out of the market.

Medical Expense Deductions Have Been Expanded

The House was the first to pass a tax reform bill. The House’s version included a repeal of the income tax deduction for medical expenses, which was a major cause of concern for Americans who have disproportionately high medical expenses.

The final bill also creates a tax cut for employers who compensate employees while on family and medical leave. The provision offers a business tax credit of up to 12.5 percent of Family and Medical Leave Act (FMLA) wages paid to the employee, if the employee receives 50 percent of their regular wages. The credit increases incrementally, up to a 25 percent credit, as the compensation exceeds the 50 percent threshold.

Obviously, changes to the tax code will affect private health care companies, which make up about 20 percent of the economy. Each business will have to navigate these changes to best benefit their business, including:

For now, it appears that cuts to health programs are off the table, thanks to the PAYGO waiver.  If future economic growth does not live up to Republican predictions and the cost of the federal deficit approaches the CBO projected numbers, Republicans will have to make some tough choices to either cut the budget, repeal tax cuts or contribute to the mounting deficit spending.

As for the ACA, in a series of trades for votes Senate leadership and the President all made promises to consider further bipartisan reform. Specifically, Susan Collins (R-ME), a swing vote in the Republican caucus, was promised a vote on legislation that would provide for high-risk pools and other reinsurance mechanisms. And, in the same tweet in which the President declared an end to Obamacare he also predicted that “Democrats & Republicans will eventually come together and develop a great new HealthCare plan,” to replace the dismantled ACA.

Considering that the tax reform and health care bill passed strictly along party lines and that the behavior of Congressional members over the last several years has been partisanship over cooperation, any bipartisan solution to improving the delivery and funding of the American health care system would require an after-Christmas miracle. But 2018 brings a mid-term election year and if Americans continue to see their health care costs outweigh the benefit of any tax cuts, they should demand better from their politicians.