Understanding the Goal of the Cadillac Tax

“The goal here is to raise money for the federal government,” said John Barlament, an attorney and partner in the Employee Benefits Group at Quarles & Brady, LLP. Barlament spoke at The Alliance Learning Circle on “Snags & Snares: The Hottest Legal and Compliance Issues for 2015” on Feb. 19 at The Sheraton Madison Hotel.

Beginning in 2018, the tax is imposed on employers when the annual value of health benefits exceeds $10,200 for single coverage or $27,500 for family coverage. The tax is based on 40 percent of the “excess benefit,” which is the amount by which the plan’s value exceeds the limits set by the government. Inflation protection provisions are intended to adjust the allowable annual value over time. 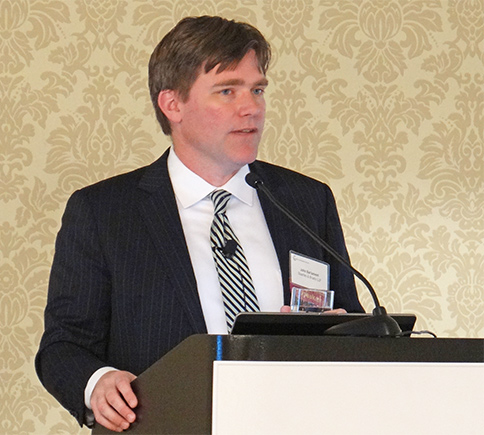 “When push comes to shove, both Republicans and Democrats are seeing this as a way to make some money,” Barlament said. “So your job is to make sure they don’t.”

Avoiding the tax is difficult because information about it is scarce. Barlament noted that the Internal Revenue Service (IRS) has yet to provide frequently-asked questions, proposed regulations or guidance on the Cadillac tax.

“It’s a blank slate,” Barlament said. He predicted the IRS would issue guidance before 2018, but it may not occur this year.

The law states that some types of health benefits are excluded when calculating the Cadillac tax, such as accident, disability, workers’ comp and auto medical payments. But Barlament cited some items that are included in the tax that could pose problems for employers.

For example, self-funded plans for vision or dental coverage likely are included when calculating annual benefit value. Barlament said he believes this could be due to a legislative error made in drafting the ACA.

It’s possible that Congress could address the issue in new legislation or the IRS could issue guidance saying the health and dental provision would not be enforced. But if that does not occur, Barlament predicts that many employers will switch from self-funded plans to fully-insured plans for health and dental benefits to help avoid the Cadillac tax. 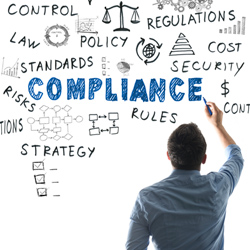 Waiting for Guidance on the Cadillac Tax

Barlament noted that it is difficult to set strategies without guidance from regulators. He added that the IRS or Congress may address pre-tax contribution issues before 2018, so employers can pause before acting while continuing to watch for more information from the IRS.

“We don’t have any exact guidance on these things, so I wouldn’t pull the plug on your pre-tax contributions yet,” Barlament said.

Another option for avoiding the Cadillac tax is keeping health premiums level while increasing deductibles and co-insurance for employees. Barlament said more employees will use these strategies over time.

Addressing Cadillac tax issues is more urgent for employers with health benefit plans that are impacted by collective bargaining agreements with employees. Barlament advised these employers to build protection into the collective bargaining agreement by including a provision calling for both sides to meet and negotiate if the employer’s health benefits become subject to the Cadillac tax.

For other groups, continuing to watch and wait may be the best strategy for now.

“It’s a moving target,” Barlament said. “Don’t panic yet. I think you have a little bit of time in terms of strategizing.”

Learn More about the Cadillac Tax: