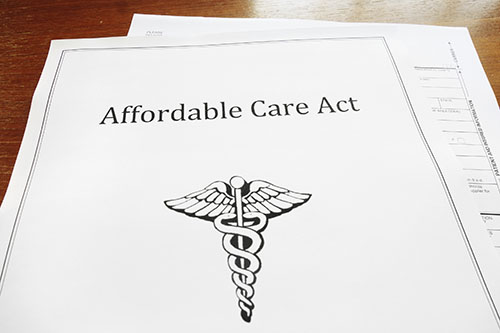 What Can Exchanges Deliver?

Believe it or not, I love listening to economists talk about the Affordable Care Act. That’s because no matter what provision they’re debating, they typically land on the same conclusion: The ACA may move costs around, but it doesn’t make them go away.

The comfort comes from the realization that reducing the cost of health benefits remains squarely under the purview of payers. Self-funded employer group benefits are still an effective way to achieve higher value care, and there is nothing in the ACA that keeps payers from continuing along the path of trying to make health care more efficient, more transparent and more accountable.

So why am I not jumping up and down about the prospect of exchanges, either public or private? Aren’t they a viable vehicle for group purchasing, increased transparency and additional accountability?

My answer is maybe. Exchanges, public or private, will be successful if they can do what the ACA can’t do, which is to eliminate cost. They will fail if all they do is move costs around, or increase them.

We aren’t likely to have a solid answer to which exchanges fall into which category for some time. Those same economists say it will take three to five years to achieve the kind of equilibrium in the market necessary to make an honest assessment of any exchange, public or private.

Why would it take so long for exchanges to potentially impact costs?

Why so long? Because costs don’t disappear overnight, especially when there are so many complex and moving pieces at play. Short term gains may be quickly lost in years two or three. Also, the term “exchange” is being used too liberally.

In addition to the government “Marketplaces” launching on Oct. 1, 2013, we have heard of many, many private exchanges in formation. Some of these seem to offer little over the private market today, and claim their exchange label simply by using technology that allows buyers to shop and compare plans.

Other models are counting on the possibility that employers will increasingly desire to define a contribution and allow employees to choose amongst different insured plans. Exchanges forming under this model are actually creating “sub-markets” within the individual market that are financed in part by employer contributions.

Employers may be involved in the choice of plans for employees, but some exchanges are banking on the prospect that employers will not want to be involved. They give employers the ability to offload benefits decisions, and that’s one of their selling points.

If I were an economist…

If I were an economist, I would have to ask which of the exchange characteristics described above will reduce overall costs in health coverage. Probably not the involvement of a for-profit exchange broker, or that the exchange broker will be contracting with insurers to compete with their own plans outside the exchange. And there is nothing in defined contribution or outsourced benefits administration that eliminates costs, although these could move costs from employers to employees.

The disengagement of employers is certainly not likely to lead to lower costs, nor will investments in technology, at least in the short run. Employee choice may have an impact if it leads to some employees selecting less expensive plans, but that too comes at a cost if they end up needing the coverage they leave on the table. Employee support and engagement is critical.

I’m not saying private exchanges won’t function to bring down costs. I am saying that the model alone won’t make exchanges successful, especially in this volatile environment where insurers and exchange brokers are fighting for market share.

Exchanges must go farther and find ways to root costs from the system to have a positive impact and survive for the long term. When an exchange comes knocking on your door, ask them to explain how they’ll make this happen.

Visit the Health Policy section for more information about the ACA. You can also read about The Alliance’s position on exchanges in

this letter to Wisconsin state officials and

this resolution on the design of exchanges.

Learn More About Exchanges and the ACA