A battle is shaping up this legislative session over a proposal put forward by the Wisconsin Workers’ Compensation Advisory Council. The proposal would create a fee schedule on workers’ compensation programs and claims.

The Advisory Council was created by the legislature in the 1960s to promote compromise and provide stability to the workers’ compensation program. States that do not employ an advisory council do not enjoy the stability it provides and as a result suffer from fluctuating rates paid by employers. Members of the council include an equal number of management and labor representatives who send the legislature agreed upon recommendations every session. These compromises are generally accepted by the legislature and enacted into law. 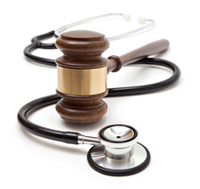 A growing problem has been the rising medical costs within the system. This session, management representatives on the council were successful in negotiating cost containment provisions and for a full-time fraud investigator position at the Department of Justice. On the other side, labor representatives were successful in negotiating a $15 increase in permanent partial disability payments for each of the next two years and a process for indexing permanent partial disability payments. In addition, employers would be required to continue health insurance for injured workers at the level of coverage in effect on the date of the injury, whether or not the injured worker continues to be an employee during the healing period.

But as mentioned in the opening paragraph, the most controversial provision to be included in the agreed upon bill is a proposal put forward by management representatives to develop a fee schedule for workers’ compensation claims. The provision was accepted by labor representatives but is strongly opposed by health care provider organizations. The fee schedule aims to set claims at 110 percent of average allowable group health charges starting in July of 2015. In the meantime, council members agreed to lower the cap on certain high cost charges that will have the effect of lowering payment on about 13 percent of all workers’ comp claims.

Despite our history of passing the council’s proposals, this session’s bill is not a slam dunk. Health care provider organizations are already hard at work to make their concerns known. If the bill should garner the support needed to pass, the legislature will have to move quickly to get the bill through both houses and signed into law by the governor before we adjourn the session this spring.

I encourage employers to contact their legislators to make their views known about this legislation.  Your voice is critically important to this issue