Are You Worried About Pharmaceutical Prices? Let Us Help

Employers are right to be worried about pharmaceutical prices.

A recent study from the Health Care Cost Institute (HCCI) showed that even though usage of health care services declined in 2014, health care costs still went up. The culprit was spending on prescription drugs, which grew faster in 2014 than any other medical service.

What’s Behind the Pharmaceutical Cost Increases

The HCCI study said spending on brand-name prescriptions grew at the fastest rate, increasing 8.2 percent to $593 per capita. At the same time, usage of such drugs declined 15.6 percent.

HCCI’s definition of “brand-name prescriptions” includes specialty mediations designed to treat hepatitis C drugs – such as Olysio, Sovaldi and Harvoni. The study said these Hepatitis C medications were the biggest reason for increased spending on brand-name prescriptions, with an average price per filled day of hepatitis C drugs totaling $983.30. That compares with $38.30 for other brand-name, “anti-infective medications,” according to the report.

The Alliance and National CooperativeRx/WisconsinRx – a not-for-profit prescription drug purchasing coalition that is a preferred partner for The Alliance – are taking proactive steps to help employers manage the costs of prescription medications.

An independent review by national consultants rated the contract extension as having best-in-class value. 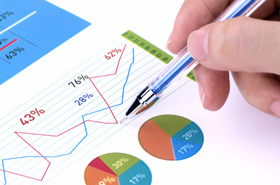 The Alliance is also working with National CooperativeRx to integrate data about spending on prescription medicine into its data warehouse.

The goal of this project is to help employers understand the total cost of care for health and pharmacy benefits. That’s because multiple studies have shown that even as employers and other purchasers have found ways to reduce health benefit costs, spending on prescription medicines has rapidly increased.

The Alliance will use prescription medicine data to learn more about employers’ spending on prescription and specialty medications, which may be purchased through a PBM or through the medical plan. This will help The Alliance offer meaningful advice to your organization and enable us to best represent your interests in the provider contracting we do on your behalf.

In time, The Alliance hopes to collect this information from members who use other pharmacy benefit management partners.

Paul Meyer
Chief Operating Officer at The Alliance
Paul Meyer joined The Alliance in 1996 and served as the director of finance and operations until he became chief operating officer in 2007. As the COO of The Alliance, his main duties include overseeing the claims and customer service, finance, MIS, and HR departments as well as business planning and reporting. Meyer also serves as the treasurer of The Alliance Board of Directors.

In addition to his work at The Alliance, Meyer serves as board chair for National CooperativeRx / WisconsinRx, providing direction for this not-for-profit prescription drug purchasing cooperative. Meyer also serves on a number of other boards, including the Wisconsin Statewide Health Information Network (WISHIN), Catholic Charities of Madison, and All Saints Neighborhood.