How Does Health Care Fare in Congress’ Attempts to Simplify the Tax Code? 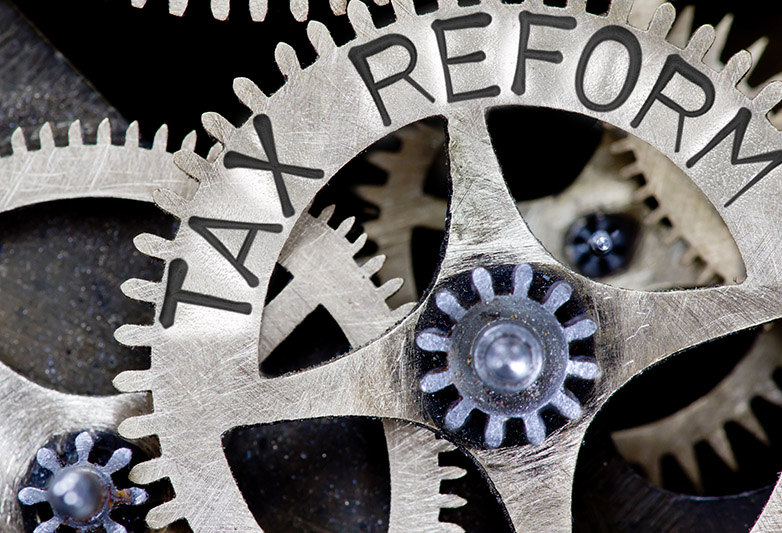 Last week the U.S. House of Representatives and the U.S. Senate each passed tax reform proposals out of the Ways and Means and Finance committees, respectively. This week, the bills already began to evolve as legislators look for the votes needed to turn their proposals into reality. While the chambers differ on details they both, with the support of President Trump, are attempting to simplify the tax code. Their goal is to reduce the corporate and individual tax burden, and reduce the American tax return to a postcard size form. There are several health care issues in play that bear watching over the coming weeks.

On Nov. 14, the Senate announced  its tax reform proposal would include the repeal of the individual mandate to buy health insurance that was adopted as part of the Affordable Care Act (ACA).

Senate Republicans’ argument in favor of making this change is that the penalties for not complying with the mandate are a tax on individuals. The Congressional Budget Office has estimated that by repealing the mandate, the federal government would save $300 billion over ten years.  These savings would be achieved because 13 million fewer people would be insured through programs like the individual market exchanges or the Medicaid program, resulting in reduced cost-sharing obligations for the government.

The House bill aims to make income tax calculations more direct and able to be completed on a “postcard size form.” As part of that effort, the House bill eliminates almost all individual deductions, including the medical expense deduction, and uses that income to help pay for tax cuts. The bill has an approximate $1.5 trillion price tag over 10 years.

The Senate, working with a more fragile coalition, allows taxpayers to keep some of the more politically popular deductions, including medical expenses. This difference, along with many others, will need to be resolved for a bill to pass Congress.

The ACA requires that the 40 percent excise tax be imposed on employer-sponsored coverage that exceeds certain thresholds. Those thresholds are set at $10,800 for self-only coverage and $29,100 for family coverage when the tax takes effect in 2020. Over time, the tax is expected to impact the health plans of employers of all sizes and all types.

While Congress has so far chosen to exclude the Cadillac tax from its current consideration of tax reform, the House’s most recent effort to repeal the ACA (The American Health Care Act) would have delayed implementation of the Cadillac tax through 2025. The House and Senate were unable to agree on an approach to repealing and replacing the ACA for reasons that had nothing to do with the delay of the Cadillac tax.

Because current tax reform proposals come with such a hefty price tag, any further delay of the Cadillac tax at this point would represent a reduction in revenue that Congress needs to compensate for other tax breaks.

Is Congress Paying For Tax Cuts with Cuts to Medicare and Medicaid?

While the direct impact of tax reform on health care costs is still unknown, the federal budget resolution passed last month recommends a $1.8 trillion reduction in health care spending, including a $1.3 trillion cut to non-Medicare health programs and another $473 billion cut to Medicare over the next 10 years. This is significant, as any decrease in public funding for health care will likely shift expenses to privately sponsored health insurance coverage.

Congress’ decision to pass a budget resolution that makes significant reductions in Medicare spending just before introducing a tax reform package with a $1.5 trillion price tag also has Democrats arguing that Medicare cuts are “paying for” tax reform, an assertion that Politifact has rated “half-true.”

What are the Chances that Tax Reform Will Actually Pass?

Congressional Republican leaders have made their intentions to pass tax reform very clear, but they have their work cut out for them over the next few weeks.

First, each chamber must generate enough support for their respective proposals. While the House is close to achieving their “whip” count, the coalition in the Senate is more fragile. Senate Republicans cannot lose the support of more than two Republicans without finding support from Senate Democrats. For this reason, the Senate package works to appeal to more moderate and more conservative members at the same time, keeping the estate tax, delaying corporate tax reform for one year and allowing some of the more popular standard deductions, including medical expenses.

As was the case with repealing and replacing the ACA, the Senate’s attempts to appeal simultaneously to the most conservative and more moderate to liberal members of the Republican caucus may prove futile. Already, Republican Sens. Bob Corker, Jeff Flake and John McCain have said they will not vote for a bill that does not fully pay for itself while other members continue to demand deeper tax cuts, making the bill’s price tag even higher.

We will know this week if tax reform passes this initial hurdle in both houses of Congress. Both the Senate and House plan to vote on the bill before Thanksgiving. If the House and Senate successfully pass bills, the two chambers must amend their versions of tax reform to match each other and then pass the same bill in each of their chambers. The timing for this to happen is between Thanksgiving and Christmas.

While many in D.C. are optimistic that we will see the first tax reform bill since Ronald Reagan was President, rushing a bill through may not prove to be a success for the majority party in the long run. In fact, over the weekend, Senator Lindsay Graham (R-SC) admitted that failure to pass tax reform could mean “death” to the GOP in 2018 elections, and passing tax reform could have the same effect.

Learn More about the Attempts to Simplify The Tax Code