Staying current on state and federal policymakers’ approach to health benefits can feel like a continual pop quiz. That makes a game show a good approach to understanding the current health policy challenges facing employers.

Jim Klein, president of the American Benefit Council, served as the “host” for an employer-sponsored health benefits “episode” of a game show during The Alliance Learning Circle on health policy at The Monona Terrace on March 21.

Klein set the stage for the quiz by highlighting three key issues that impact health policy:

Klein said that based on the U.S. Senate seats at stake in the 2018 mid-term elections, Republicans had nearly three times more opportunities than Democrats to pick up seats. Yet, the “blue wave” that enabled Democrats to regain a majority in the House of Representatives, held Republicans to just a two-seat gain.

In 2020 Democrats will have nearly twice as many opportunities as Republicans to pick up Senate seats. But as 2018 proved, a lot will depend on whether there is a “blue or red wave.” Klein noted that Democratic presidential candidates are making health care a priority, with all of them embracing an expanded role for federal government programs. Few are discussing their ideas for employer-sponsored health coverage.

Employer-sponsored plans are still the most trusted source for high-quality health coverage for 48 percent of people surveyed nationwide, with the individual health care market coming in second at 20 percent.

“That should make you all feel very, very positive about the work you do,” Klein noted. 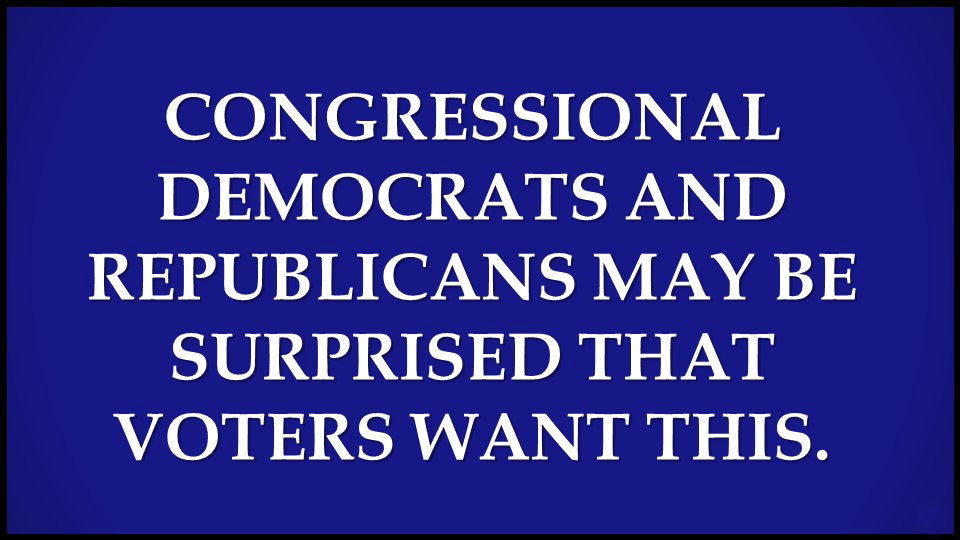 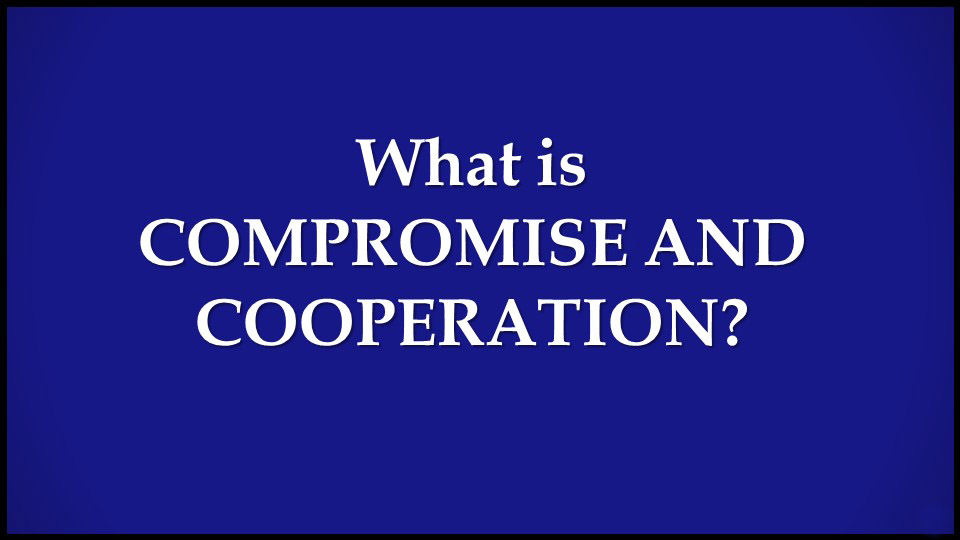 A November 2018 survey by Public Opinion Strategies showed that 71 percent of voters believe legislation developed through cooperation and compromise by both parties – rather than policy developed by just one party — would do the most to improve access to quality health care.

Voters retired “repeal-and-replace” as a Republican slogan in the 2018 elections when they gave Democrats a majority in the House. Legislative gridlock with each party controlling one chamber of Congress means that modest changes to the Affordable Care Act (ACA) are unlikely. 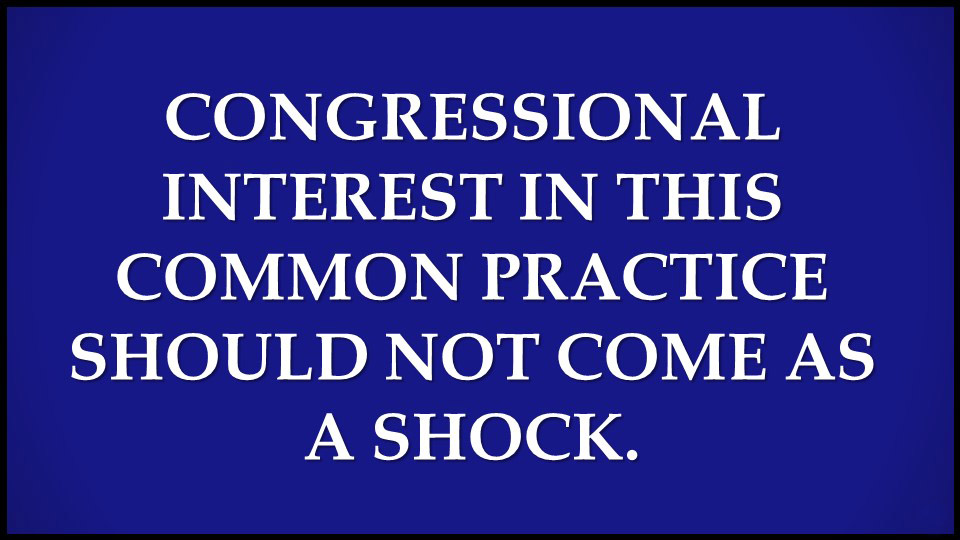 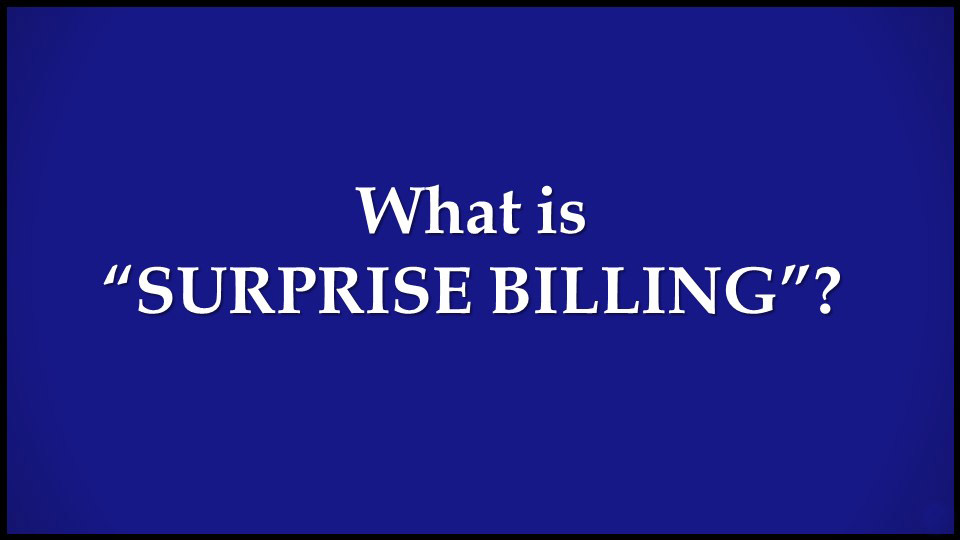 Congress’ ideas for solving the problem include requiring employers to pay balance bills using a “fair health index” to guide allowable charges or requiring arbitration to settle surprise billing disputes. Klein said the Council is working to educate Congress about other options, such as:

Meanwhile, Democrats are increasingly looking at “single-payer” solutions, although some Democrats worry that “Medicare-for-all” hands Republicans a ready-made issue to rally voters, who will be wary of losing employer-sponsored coverage.

An alternative is “Medicare-for-more,” which includes a proposal to let early retirees buy in to Medicare. Some “Medicare for more” proposals preserve a role for employer-sponsored health benefits. Meanwhile, President Trump’s budget proposes cutting $845 billion from Medicare funding over the next 10 years. 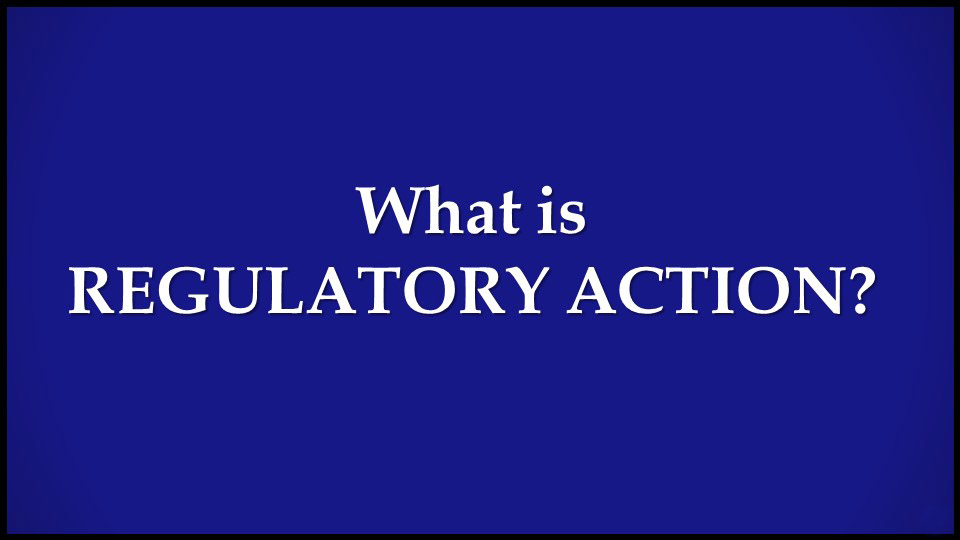 As gridlock grips federal legislative efforts, the executive branch has shifted its efforts to regulatory action. While progress is being made on popular issues such as high prescription drug costs, Klein noted that “what can be done by regulation can be undone by regulation.”

Proposed regulations aimed at prescription drug costs would limit rebates in the Medicare and Medicaid programs. Similar legislation has also been proposed on private insurance. A bipartisan proposal would require transparency on drug prices, while another proposed law would allow importation of drugs from Canada for personal use – not for resale.

Both Congress and the White House are highly interested in making health care more transparent.  The American Benefits Council has urged policymakers to:

The proposed federal rule with the biggest potential impact would allow employers to deposit funds in health reimbursement accounts (HRAs) so employees can then purchase insurance in the individual market. Small employers with under 50 employees already have this option. The final rule that will be published soon is expected to create “guard rails” to protect against situations where employees with higher health costs are given the HRA, while younger and healthier employees keep an employer-sponsored plan.

Klein compared switching to defined HRA contributions for health benefits to the retirement system switch from defined benefit pension plans to 401(k) accounts. Employers find this type of switch appealing because it lets them accurately predict benefit costs from year to year.

“This one could really be a significant game-changer in the whole employer-sponsored health benefits system,” Klein said. 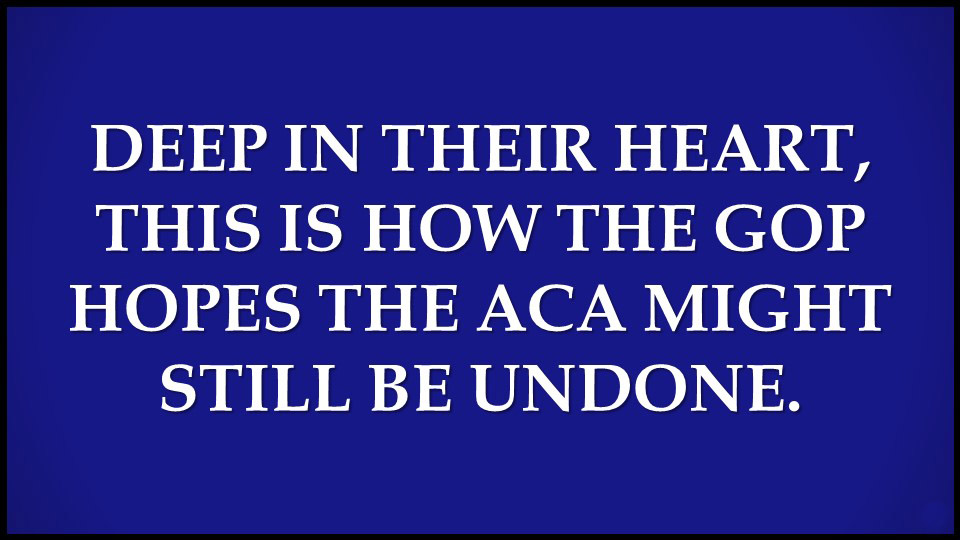 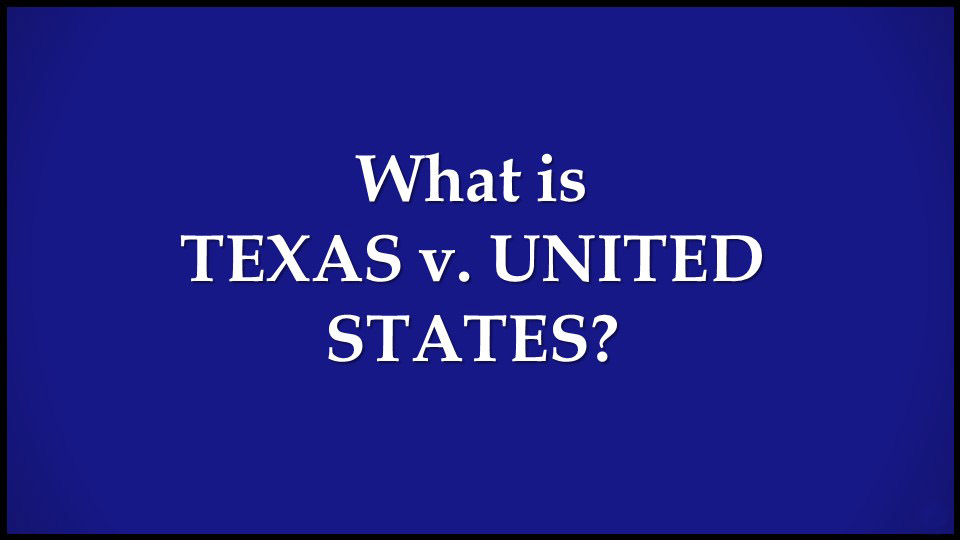 State and local governments’ expanding involvement can cause confusion over ERISA and other rules. Klein’s list of potentially challenging and uncertain developments included:

The American Benefits Council has launched the State Law Project to encourage states to have a positive role in health policy and discourage states from interfering with benefit plans sponsored by multi-state employers. 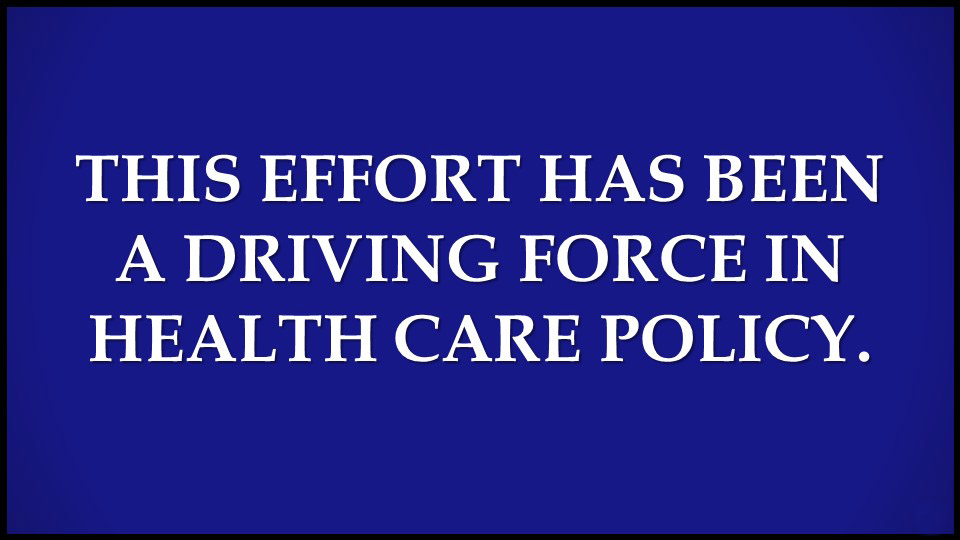 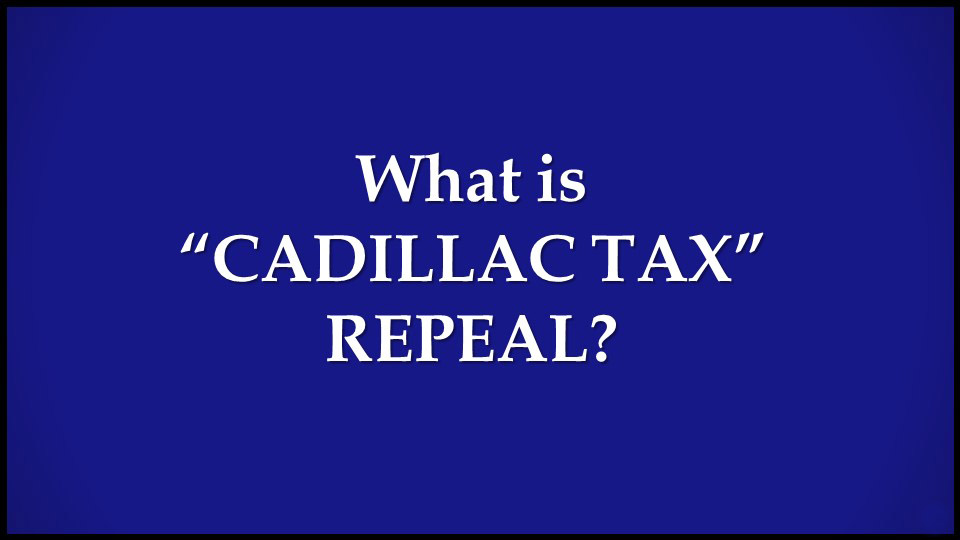 Klein said there is broad, bipartisan interest in repealing the“Cadillac Tax,” which is a 40 percent excise tax on the cost of health benefits above a specific threshold. Although Congress acted to delay the tax until 2022, Klein said Republicans and Democrats alike have mixed feelings about repealing it. Some Republicans worry that repealing the tax makes the ACA more palatable, while some Democrats dislike taxing benefits but need the revenue to pay for ACA subsidies.

Repeal is also complicated by Democrats’ adoption of the PAYGO rule in the House of Representatives, which requires legislation to include revenue to pay for its provisions unless the requirement is specifically waived. Repealing the “Cadillac Tax,” is expected to cost the federal government $160 billion in annual revenue. Only one-quarter of that revenue is estimated to come from the tax itself; the rest comes from an expectation that as employers reduce benefits to avoid the tax, they will increase workers’ salaries by the same amount to significantly increase income tax revenues.

Klein noted that Congress continually assumes that any money not spent on health benefits would be spent on wages on a dollar-for-dollar basis.

“That’s why the expenditure for health care is always so very vulnerable,” Klein said. So far, policymakers have focused on the exclusion of the value of employees’ health benefits from employees’ income taxes, but some policymakers may also eye caps on the employer tax deduction for the cost of health benefits.

Other options under consideration are taxing employees for health benefits that exceed a certain actuarial value or, alternatively, taxing only high-income individuals on the value of their employer-sponsored coverage.

All these proposals overlook the reality that employer health plans pay out $4.45 in health benefits for every dollar of lost tax income.

“This is an enormous bargain for the federal government,” Klein said. Providing coverage to the more than 180 million Americans who currently receive it from employer-sponsored plans by, instead, expanding government programs would cost much more. 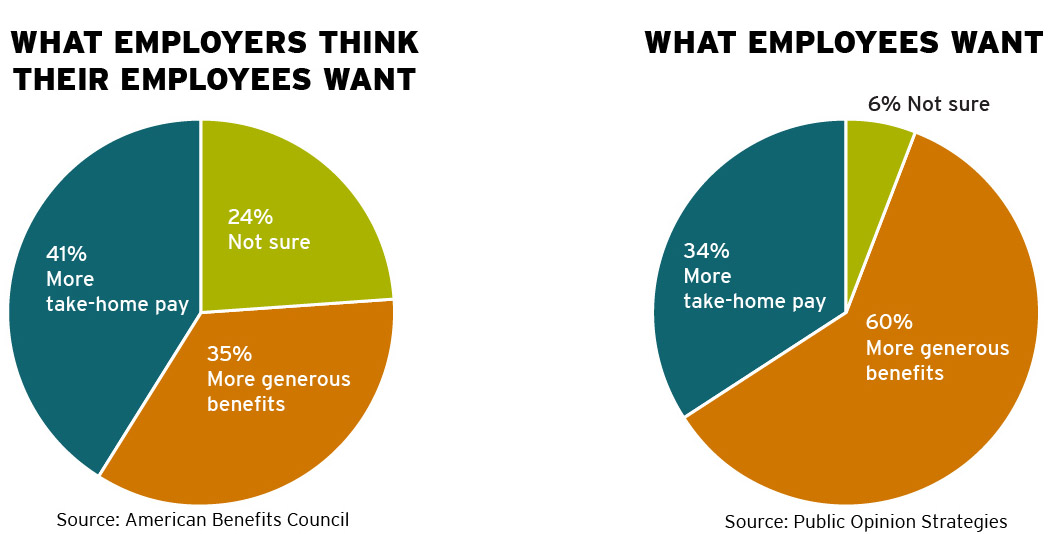 “What you do in terms of employer-sponsored health care benefits is often appreciated even more than you may realize,” Klein said.